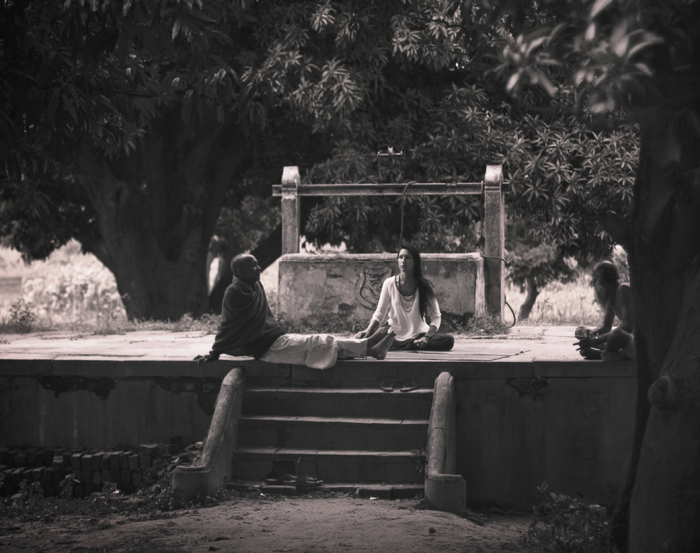 Satsang (Skt. सत्सङ्ग, satsaṅga) is a meeting and communication with the Guru.

In Sanskrit, sat means the Truth, and sanga means connecting, communicating with a spiritual Teacher, Guru.

Satsang is a way of passing on the teaching of yoga. Till this day, in yogic tradition teaching is passed on directly from the Guru to the disciple, and this process is called a satsang – materialization of the yogic teaching continuity. Satsang is a foundation of the entire classical yoga and is the main M.R.Y. principle, which means a direct connection with the Guru and the real Truth.

During satsang, the Guru passes on the spiritual yogic knowledge, ignites the divine spark in the students, who are with Him/Her. Passing on of the teaching can take place only when bhakti manifests during the satsang. Bhakti is devotion, loyalty and love for the Guru. If the state of bhakti does not manifest at the satsang, then the union between the disciple and the Guru is not established.

Being at the satsang, among those, who aim for spiritual development, gives yoga practitioner a great amount of incentive. Satsang is an eternally alive and transformative form of a meeting. 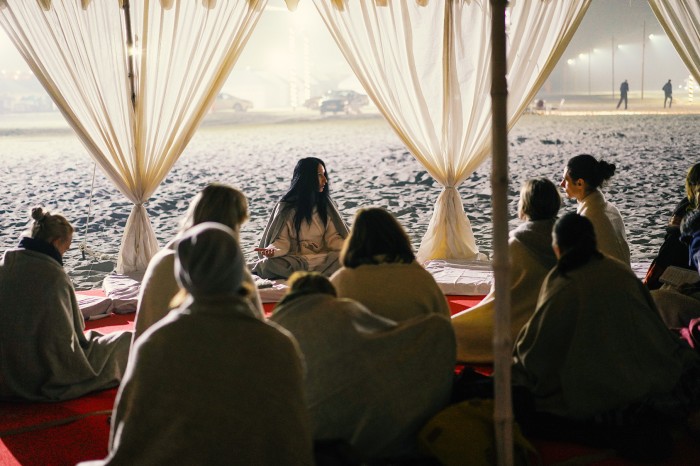 Guru bhava is a spiritual state of the Guru, which is impactful only when the disciple is ready to obey and follow the Guru’s instructions.

Guru kripa is the Guru’s mercy, grace, shown to a disciple, who is worthy of it.

Guru mantra is a sacred sound, which the Guru passes on to the disciple, who has been consecrated into the yogic teaching. The disciple must constantly repeat it but never reveal it to anyone.

Guru darshana is a meeting with the Guru, seeking for a blessing and clarity of the consciousness.

In the yogic tradition, the Guru is a spiritual yoga teacher, who knows the sacred yogic teaching and leads people on the path of yoga. The Guru conveys the guidelines of spiritual knowledge to people, the meaning and purpose of life, explains how to reveal our essence and what obstacles and dangers to watch out for on the spiritual path. The Guru is a guide, who enlightens the direction and provides the tools but a person has to walk the path him/herself.