Guru Mai Ram is a successor of the tradition of mahasiddhas, the great masters of yoga. Mai Ram was born in Vilnius, on the 15th of January, 1969. Before she discovered yoga, Mai Ram had been studying Chemistry in Vilnius University. Yoga came into Mai Ram’s life very naturally – she had been raising existential questions since childhood, was consistently striving for spiritual knowledge and self-realization, showed interest in philosophy, religion and spiritual practices. Mai Ram started practicing yoga when she already had a family and had given birth to her first daughter – at that time yoga was not popular in Lithuania yet.

Feeling a desire to find out how thinking, behavior and body function together, Mai Ram, already a yoga practitioner then, felt inspired to enroll into Bachelor studies in Psychology in Moscow. There she has gained comprehensive knowledge in anatomy, physiology, psyche, anthropology and various branches of psychology, which allowed her to better understand other people and pass on the teaching of yoga to them. Ultimately, a growing desire to dive deeper into yoga practice encouraged Mai Ram to travel to India, Varanasi – the cradle of yogic tradition, where she met her Teacher – Guru Avadhut Bhut Bhavan Anil Dev Ram.

Mahasiddhas are the masters of yoga, who have attained perfection, gained supernatural abilities, siddhis (Skt. siddhi), that are a mark of a completed path and a sign of enlightenment. This lineage of great masters (Skt. sampradāya) is one of the oldest teaching lineages, which has remained for thousands of years till the present times because of its strict isolation and asceticism. And even though yoga teachings are written about in Sanskrit scriptures, the real knowledge of yoga and the sacral secrecy is passed on only directly, by the word of mouth, from Guru to disciples, from one generation to the next one. In the tradition of Naths, masters of yoga, a Guru is considered to be the real source of teaching. Syllable Gu means darkness and ignorance, and Ru means light, knowledge and the one, who dispels the darkness. So, having met her Teacher – Guru – in Varanasi, Mai Ram decided to walk the not-so-easy ascetic path. After long years of practice and ascesis, spiritual power and knowledge of aghora kapalin naths were passed on to Mai Ram. Guru Avadhut Bhut Bhavan Anil Dev Ram and Guru Bhut Bhavan Narendra Dev Ram initiated her into the teaching lineage of mahasiddhas aghora kapalin naths. 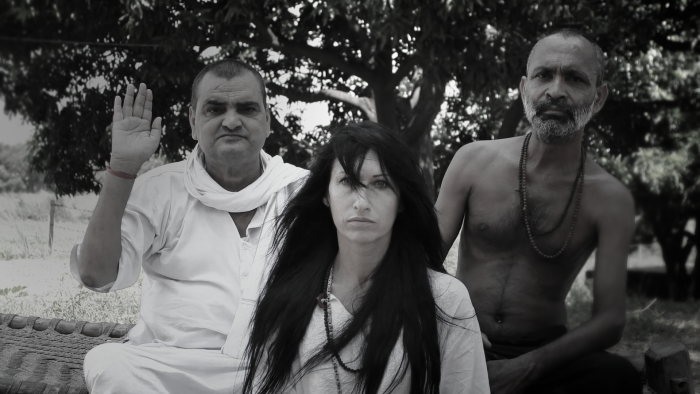 For a woman, let alone a Westerner, to continue the teaching lineage of probably the most ascetic tradition of India’s yoga masters is an uncommon and rare case. It was not easy to handle the path of yogic mastery as well as performing duties in the family and society. However, Mai Ram has never turned her back against her calling – yoga, and, with the help of her family, she also raised her daughters, who are already adults now.

In 2010, Mai Ram established her ashram in Lithuania and started spreading the classical yoga teaching there. The knowledge in Chemistry and Psychology helped her to adapt the complex teaching of classical yoga to westerners – this is how Mai Ram created Mai Ram Yoga system – an integrated totality of classical yoga practices and knowledge, uniting the body, mind and spirit, intended to help a contemporary human to develop self-knowledge, awareness, and master the body as well as the mind.

Mai Ram Yoga teaching is being spread not only at the ashram in Vilnius, but also at Mai Ram Yoga school in Slovakia, Banska Bystrica, and Mai Ram Yoga retreat center in Spain, Valencia, that were established later. Also, in 2019, Mai Ram Yoga ashram has been established in India, Varanasi. Guru Mai Ram is also the founder of international association Mai Ram International Yoga Association in Lithuania and Mai Ram Yoga International Institute in India. These organizations were established with a purpose to develop and expand the classical integrated Mai Ram Yoga system, organize teachings of various levels, studies, seminars and conferences, cooperate with like-minded organizations in Lithuania and abroad. Each year the association organizes qualificative courses for yoga teachers, which are attended by people of different age groups from various countries of the world.

Mai Ram has translated the most important classical yoga scriptures from Sanskrit to Lithuanian language – already published are The Chant, Glorifying the Guru “Guru Gita”, “Kriyas. The Guide for Meditational Practice”, “Yoga is…”, and currently being prepared and soon to be published are Patanjali’s “Yoga Sutra”, Swatmarama’s “Hatha Yoga Pradipika”, and “Kamakhya tantra”. 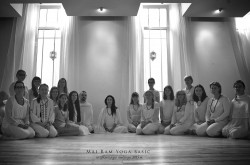 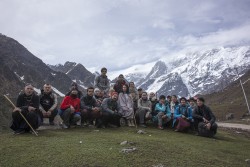 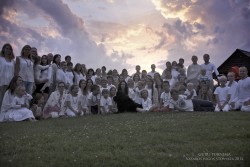 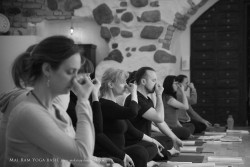 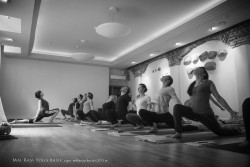 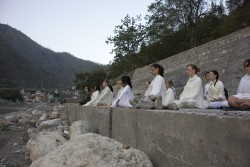 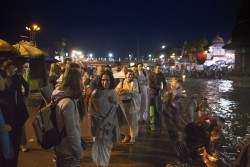 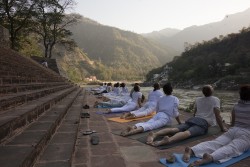 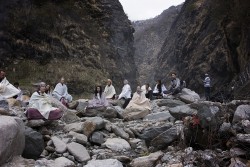